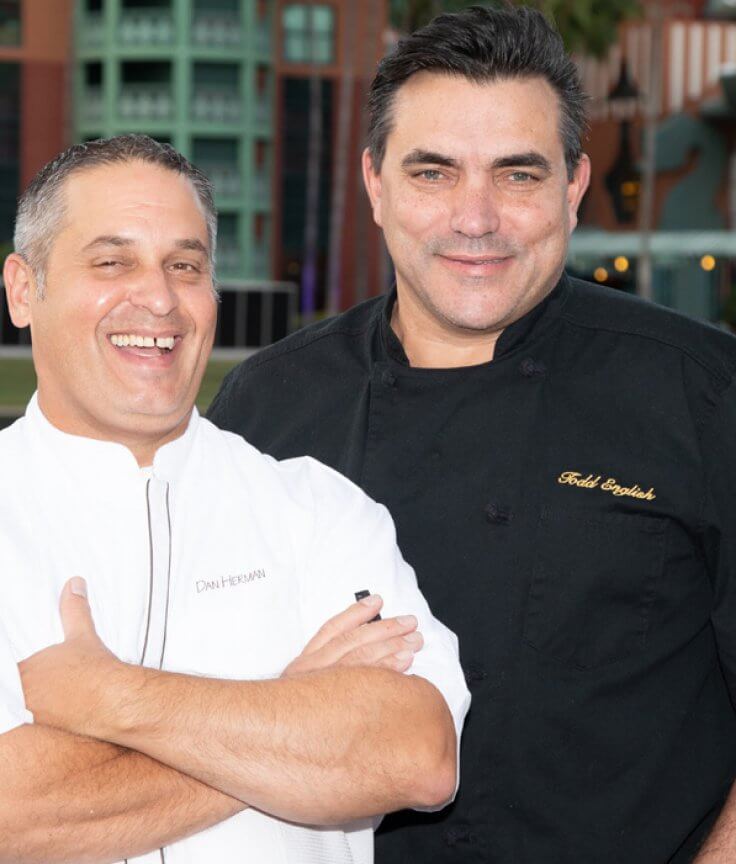 Chef Daniel “Dan” Herman brings a wealth of experience in the food and beverage industry to his position as the Executive Chef for the Walt Disney World Swan and Dolphin Resort. Prior to his current position, he served as the Executive Sous Chef for the Walt Disney World Swan and Dolphin Resort. His focus rested on transforming the traditional banquet atmosphere to one consisting of high end cuisine. By developing new menus with an elegant flair and intimate style, he brought VIP groups and banquets extraordinary culinary treasures while raising the bar for banquet dining in the industry. He also supervised a team assistant chefs in the banquet services division of the resort. Among the honors Herman has received are the 1999 Golden Palm Award for best continental restaurant, the 1998 Golden Palm Honorable Mention for best hotel restaurant and the 1998 Award of Merit from Confrerie de la Chaine des Rotisseurs. He received a Bachelor of Science degree in food service management from Radford University in Radford.In addition to his wealth of culinary knowledge Chef Herman holds a level of understanding and appreciation for the products he uses that few others do. In his free-time he raises and cares for his own livestock on his at his personal farm. At heart, Herman is a true farm-to-table chef.